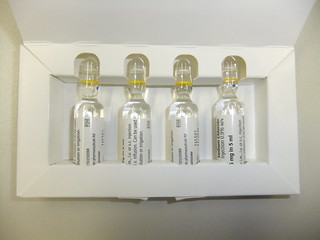 Some people aren’t always happy about what they inherit from their parents. It’s great to have your Dad’s strong cheekbones but not so great to have his lactose intolerance. It turns out we may inherit even more from our fathers than we ever thought. A new study from Elizabeth Thomas’s lab finds that Huntington’s disease (HD) drug treatment can elicit transgenerational epigenetic effects.

This group of researchers delved into their previous data on the histone deacetylase (HDAC)1/3-inhibitor HDACi 4b and found that DNA methylation-related genes were differentially expressed. They followed this trail to look at how the compound affected DNA methylation in mouse and human HD models and showed that HDACi 4b causes epigenetic changes in sperm, which are passed to the next generation.

Getting into the nitty-gritty of what they found:

What they showed is that a drug taken by a father results in epigenetic changes of his genomic DNA whic can get passed down to children via his sperm.

Epigenetic changes ooften deal with expression patterns and are a way for environmental effects to be maintained in the genome without resulting changes in the gene sequences themselves.

Here the environment includes drugs that are taken.