So,  Breitbart News,  had a headline that stated:”When scientists talk about peer review, you should reach for your Browning.”

This is a quote modified from the original German where the phrase was “When I hear the word culture, I reach for my Browning.”

Most people have heard it as a gun. By using the original term, Breitbart is sending a dog whistle to its white supremacist readers.

Since, as history teaches us, bullying fascists will eventually go after any group that is not them, it appears that researchers are in their gunsights.

So I made this photo to show how one fictional scientist, when confronted by bullying fascists, responded. 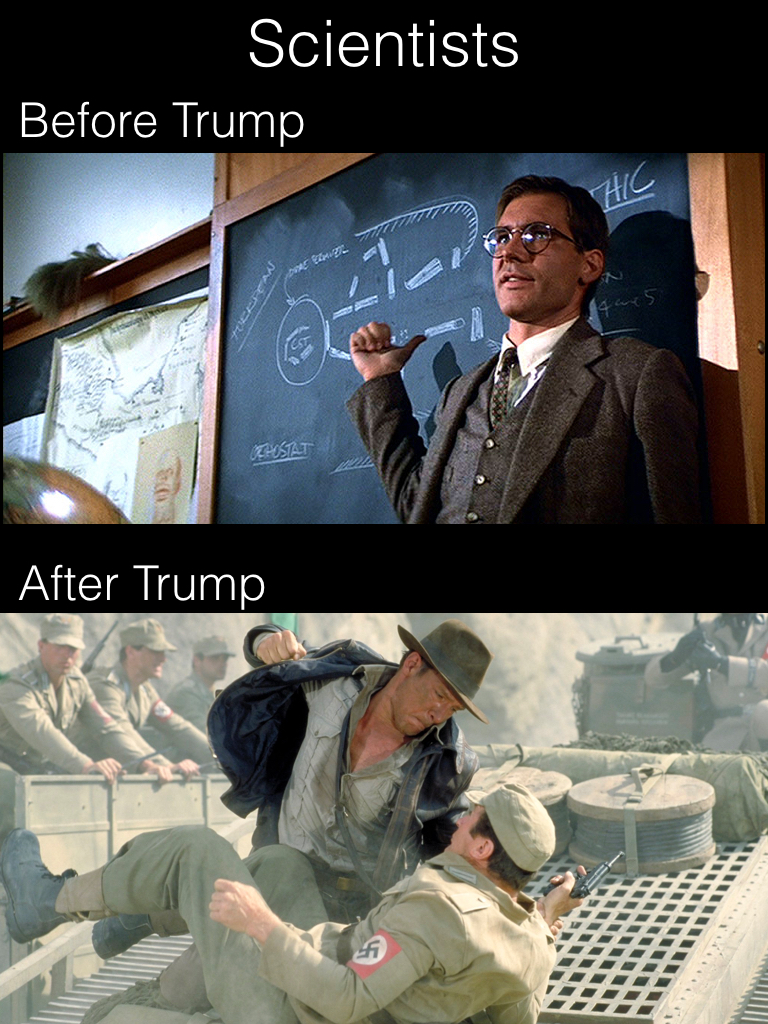