We are starting to see a movement to greatly reduce our manned space efforts. This is one of the first steps.

NASA realizes SLS and Orion are too expensive, opens door to competitors
[Via Ars Technica] 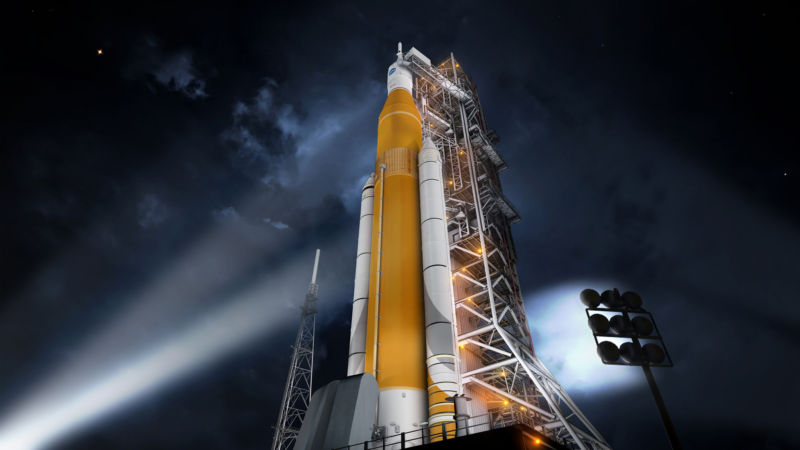 With a new presidential administration promising to review its human spaceflight activities, NASA on Thursday continued to signal a willingness to consider alternatives to its exploration systems—the Space Launch System rocket, Orion spacecraft, and related ground systems developed at Kennedy Space Center to support their launch later this decade and in the 2020s.

In its latest request for information (RFI) released Thursday afternoon, NASA seeks solutions from industry and academia to maximize “the long term efficiency and sustainability” of its of exploration systems programs. Essentially, NASA wants ideas on how best to cut the production and operations costs for its SLS rocket and Orion spacecraft, which presently consume more than $3 billion annually in development costs. However, the RFI also offers respondents the opportunity to submit ideas about rockets and spacecraft that might compete with NASA’s own vehicles for exploration funds.

The headline of an article today in the Houston Chronicle, the home of the Manned Spacecraft Center, states “Manned spaceflight is a waste of resources.” Now we have an administration calling into doubt human spaceflight and we can see the writing on the wall.

What had been one of the best examples of how good a public-private partnership benefits humanity will become purely a profit center for the rich.

What a sad end to our greatest exploration efforts.