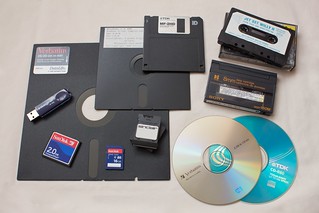 North Korea has become a by-word for oppressive tyranny and technological backwardness. But Reuters reports on an interesting development that may begin to chip away at both:

A $50 portable media player is providing many North Koreans a window to the outside world despite the government’s efforts to keep its people isolated — a symbol of change in one of the world’s most repressed societies.

By some estimates, up to half of all urban North Korean households have an easily concealed “notel”, a small portable media player used to watch DVDs or content stored on USB sticks that can be easily smuggled into the country and passed hand to hand.

People are exchanging South Korean soaps, pop music, Hollywood films and news programs, all of which are expressly prohibited by the Pyongyang regime, according to North Korean defectors, activists and recent visitors to the isolated country.

The Reuters story reports that the device has become so popular that the North Korean government felt obliged to legalize the “notel” — but with the requirement that they had to be registered. These versions must be fixed to official state television and radio channels, but the smuggled models are more versatile:

The low-voltage notel differs from the portable DVD players of the late 1990s in that they have USB and SD card ports, and a built-in TV and radio tuner. They can also be charged with a car battery — an essential piece of household equipment in electricity-scarce North Korea.

Technology is becoming so cheap and so small that millions can violate the law of North Korea. The VCR did something similar in Eastern Europe before the fall of the Berlin Wall – permit people to easily route around the totalitarian control of media.

Here a similar thing is happening. only technology has made it cheap, ubiquitous and easy to use.

Can North Korea allow 50% of the urban population to flout its media restrictions?