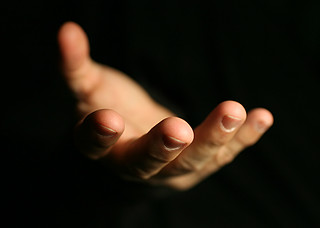 Utilitarianism versus psychopathy
[Via Boing Boing]

A classic thought experiment asks you to choose between doing nothing and letting an out-of-control trolley crash into a schoolbus, or pushing a fat man into the trolley’s path, saving the kids but killing the bystander.

I’ve discussed this before. Adam Smith wrote a book on a theory of ethics and morality before Wealth of Nations. He believed that what we know as capitalism would be done by moral and ethical people.

So he proposed a much better query than pushing a fat man in front of a train. He asked would you save a hundred million living in China if you only had to lose your little finger?

And he answered it by suggesting that “the world, in its greatest depravity and corruption, never produced such a villain as could be capable of entertaining” the idea of not doing it.

Any moral person woud easily give up their little finger to save 100 million. At least in his world.

When the happiness or misery of others depends in any respect upon our conduct, we dare not, as self-love might suggest to us, prefer the interest of one to that of many. The man within immediately calls to us, that we value ourselves too much and other people too little, and that, by doing so, we render ourselves the proper object of the contempt and indignation of our brethren.

There we have the difference between real utilitarianism of Adam Smith’s capitalism and the psychopathy of today’s free market capitalism.

What a different worl he lived in.