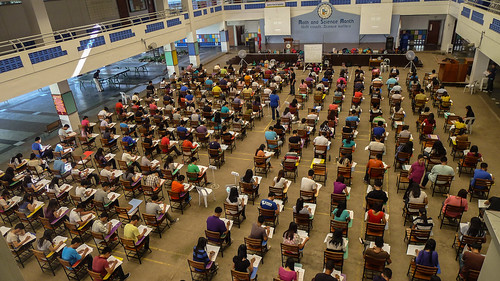 Who’s ready for college? At first blush, not a lot of us. By most measures, far less than half of those taking college entrance exams could tread water at our nation’s colleges and universities.

That’s not too surprising. College enrollment rates are higher than completion rates, suggesting that while the draw of a post-secondary degree is strong and growing, something goes awry once a student kicks off her college career.

At the same time, the pressure is on to send even more students to college, with President Obama challenging the nation to reclaim the title of being the country with the highest percentage of adults who have a post-secondary degree by 2020. The Lumina Foundation, an influential nonprofit that supports efforts to increase the number of college graduates in the U.S., is committed to raising the portion of the U.S. workforce that has a post-secondary degree to 60 percent by 2025. Today that figure hovers at 42 percent for those age 25 and over, according U.S. Census data released this year.

A more educated workforce would be a great boon to the economy: Scholars say more employees would earn higher wages, which leads to more taxes being collected and fewer Americans grappling with the challenges of poverty, among other benefits.

The process of getting into college is being disrupted. It is no longer simply  following a well-defined process (ie take a test, write an essay, get good grades). The world is changing too rapidly for the assembly line approaches that worked well for most of the last century.

So what will work? A couple of things I read indicate the possibilities.

Change the entire learning process. Finland has one of the best education systems in the world. Yet it is completely revamping some of its curriculum. It recognizes that the analytical, siloed approaches used before – where an hour of math is followed by an hour of chemistry is followed by an hour of English, all cut off from any connection to the real world – cannot cut it in an increasingly complex world.

So they are going to examine what they call “phenomena”, topics that require synthesis of a lot of information.

Now this is only being done with students who already know the basics. It is for high school level students. But its high collaborative approach, coupled with the need to looking at a complex system rather than its parts, could be a great start.

But how do you measure success here? We know what a good test score is based on a specific subject. How do we tell what is happening here?

Perhaps with this novel way to get around taking a test to prove you are college-worthy: ace a college level class.

They allow students to determine whether they are ready for that level of education, without huge expenses. Admission might actually be based on being able to do well in college level classes, rather than have a well-connected or rich parent,

Here, we see that a 15 year old boy in Mongolia did so well in a class that he was admitted to MIT. Instead of spending a lot of money recruiting people without knowing if they could get the work done, what if colleges used their online classes to help admission?