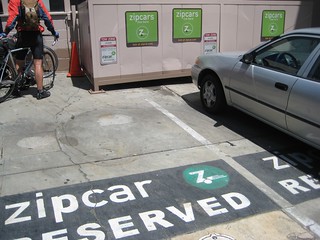 Shareholders have a big plan for Apple: They want it to buy electric-car company Tesla.

Cook’s response: “We don’t really have a relationship with Tesla. I’d love Tesla to pick up CarPlay. Was that a good way to avoid the question?”

Then a second shareholder said to Cook: “I think there is something about you two companies.”

Cook’s response: “Let me think if there’s another way to do a non-answer.”

Kinda fun to think about but that is such a Wall Street thing to do.  I bet Apple, Tesla, Cook and Musk have something more interesting. I hope so.

My thinking is a small electric car for urban driving (A new version of the ZipCar but with Tesla underpinnings.) They are put in tons of dedicated lots all over major cities where they are charged by Solar City panels. Anyone with Apple Pay can simply walk up and drive one off.

Considering the theft of Zipcars using fraudlent magnetic strip cards, this could be very disruptive.

Of course, there would need to be some real study here to see if the impact on overall traffic was good or bad. Fewer buses might be bad. But these might work much more like ad hoc cabs, which might be good as overall car ownership might go down.