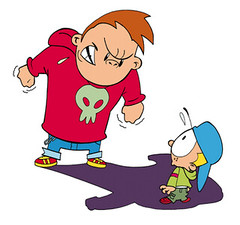 How Wikipedia Got Sucked Into A Gamergate War
[Via ThinkProgress]

Late last summer, the internet was suddenly abuzz with the controversy known as Gamergate. The crux of the heated public debate was sexism in video game culture, but it quickly spiraled into dangerous territory. While the public was being inundated with news and Twitter wars and stories of women being harassed, a subsequent storm was brewing in plain sight on one of the world’s most popular websites.

Disturbing content was being plastered on the Wikipedia biography pages for female game developers, critics, and their spouses. Media and gaming culture critic Anita Sarkeesian was called a “lying whore,” and game developer Zoe Quinn was labeled a prostitute. Fellow developer Brianna Wu’s page claimed she gave her husband AIDS because she was raped by her father who first infected her. The bio page for her science fiction artist husband, Frank Wu, reflected the same thing.

Records of the libelous remarks have since been removed from the site, but they were seemingly added by anonymous Wikipedia accounts, many of which only showed up after Gamergate first made headlines. To get the situation under control, Wikipedia community members quickly asked for other editors to pitch in and help bring on the site’s notice board. Little did they know they would soon be sucked into their own controversy, one that revealed how the site’s commitment to neutrality would trump harassment concerns for Wikipedia editors being threatened on and off its pages.

A great example of what an out of balance system can result in. People who are fearful of editing because of harassment. Editors who fight the harassment of women banned from editing themselves, while being harassed. Harassers seeing little real punishment. A more male-dominated structure with less diversity as one viewpoint just leaves the community.

Wikipedia handled this very poorly, demonstrating its inability to support the community it requires for survival. This is a problem when there is not a proper balance between distributed democracies and hierarchical authority.

If the normative behavior of Wikipedia is to treat those from the community fighting for its principles the same as bullying miscreants devoted to subverting its principles, then it will fail.

The actions of the miscreants hurt the entire community and Wikipedia needs to adapt its procedures. If Wikipedia editors do not feel like part of a community, one that ultimately cares about them, one that will protect them, then that community will die.

Its distributed democratic approach – one of its strengths – may also become its fatal flaw if it does not adapt to this and find a better way to take actions, actions that protect the community.