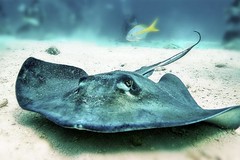 Newly released records show that Florida law enforcement agencies have been using stingrays thousands of times since at least 2007 to investigate crimes as small as a 911 hangup. They also seemingly obliquely refer to stingrays in police reports as “electronic surveillance measures,” or even as a “confidential informant.”

Stingrays, the common name for “cell-site simulators,” can be used to determine a phone’s location, but they can also intercept calls and text messages. During the act of locating a phone, stingrays also sweep up information about nearby phones—not just the target phone. Earlier this month, Ars reported on how the FBI is actively trying to “prevent disclosure” of how these devices are used in local jurisdictions across America.

The trove of documents, which were published earlier this week by the American Civil Liberties Union, show that while police agencies often justify the purchase of such hardware in the name of counter-terrorism—none of the the hundreds of disclosed uses involve terrorism.

Yes, this device mimics a cell tower, acting as a man-in-the-middle attack. While they may collect all the information  from the desired phone, including text and voice, they also recors all the data from every other phone in the area that thinks this is a legitimate cell tower.

That they can then do whatever they wish with. Like collect the phones calls of every single person neaar a protest. Including those from people in surrounding buildings.

And these can be worn by an individual. Walking around. The FBI has even stated that they do not need a warrant. Because you have no reasonable expectation of privacy when you call someone outside the privacy of your home.

So think about that the next time a friend calls you while walking down the street.