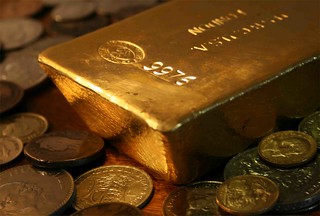 Josh Centers does some back-of-the-envelope math to estimate how much raw gold Apple might need for Apple Watch Edition production:

There are two conclusions we can draw from this scattering of data. The first is that Apple is about to take over the world. Not only will it be the most valuable company on the planet, but it will also be bidding for a third of the world’s annual gold supply, wreaking havoc on gold prices and doing who knows what to the global economy.

The alternative is that the esteemed Wall Street Journal is off on its Apple Watch Edition sales by an order of magnitude (or more). That would put the number at 100,000 per month, which seems more plausible.

I think the WSJ’s sources are deeply suspect on these production numbers. There’s no way Apple is planning on selling one million Edition models a month. That’s just nutty. Rolex sells only 600,000 watches a year.

The numbers do not add up.

Always do the math. Amazing that the WSJ just acted as stenographers of the information rather than actually check their reality. I would not doubt that this was a leak from Apple used to determine who could not be trusted. I suspect someone mau have lost their job leaking this false information.