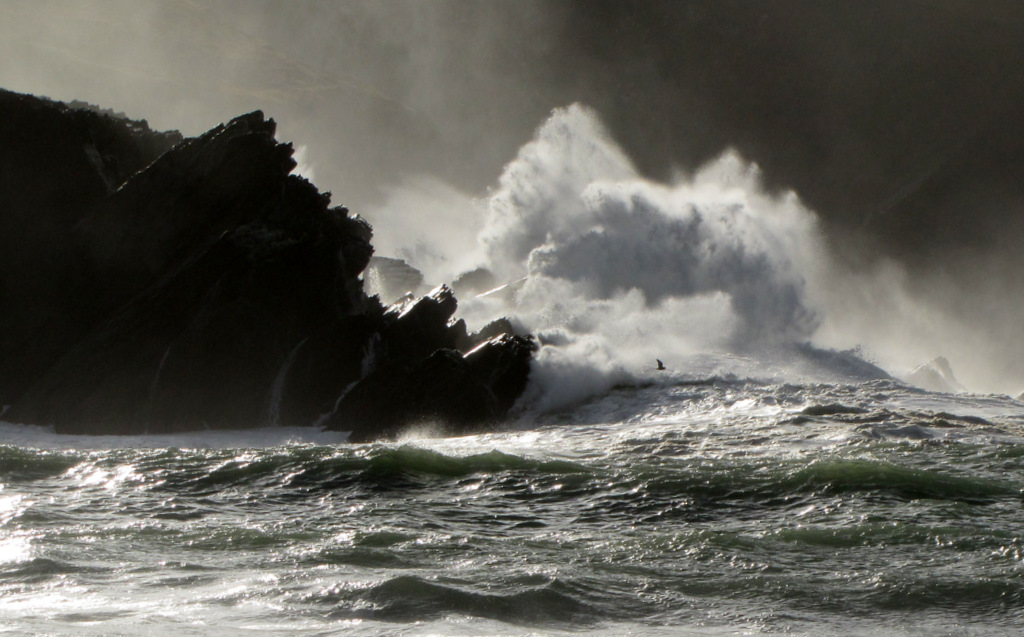 We Aren’t the World
[Via – Pacific Standard]

IN THE SUMMER of 1995, a young graduate student in anthropology at UCLA named Joe Henrich traveled to Peru to carry out some fieldwork among the Machiguenga, an indigenous people who live north of Machu Picchu in the Amazon basin. The Machiguenga had traditionally been horticulturalists who lived in single-family, thatch-roofed houses in small hamlets composed of clusters of extended families. For sustenance, they relied on local game and produce from small-scale farming. They shared with their kin but rarely traded with outside groups.

While the setting was fairly typical for an anthropologist, Henrich’s research was not. Rather than practice traditional ethnography, he decided to run a behavioral experiment that had been developed by economists. Henrich used a “game”—along the lines of the famous prisoner’s dilemma—to see whether isolated cultures shared with the West the same basic instinct for fairness. In doing so, Henrich expected to confirm one of the foundational assumptions underlying such experiments, and indeed underpinning the entire fields of economics and psychology: that humans all share the same cognitive machinery—the same evolved rational and psychological hardwiring.

Nice article about how the West has actual cognitive differences from the East and just about everyone else. We have created and inhabit a different cultural environment and, like Darwin’s Finches, have evolved different social structures to deal with it. These social structures change the way we think.

This is a good thing, as long as we realize that our adaptations to this environment do not necessarily extend to all of humanity. It also fits in well with a recent paper that has gotten some press.

The acronym, WEIRD – Western, educated, industrialized, rich, and democratic – was coined to describe the social groups that have adapted the dominant cultural environment on the planet. Dominant by its outsized effects not only on natural resources but on other cultures as well.

A major hallmark of this:

In their paper the trio pointed out cross-cultural studies that suggest that the “weird” Western mind is the most self-aggrandizing and egotistical on the planet: we are more likely to promote ourselves as individuals versus advancing as a group. WEIRD minds are also more analytic, possessing the tendency to telescope in on an object of interest rather than understanding that object in the context of what is around it.

This fits in quite well with my model on hierarchical authorities and distributed democracies. Humans have two ways to think about the world – Daniel Kahneman calls them System 1 and System 2. System 1 is fast, giving us rapid responses to the world around us. System 2 is slow, taking a more analytical approach to gain greater understanding.

System 1 is instinctual, rules-based and heuristic. It lives in a world  of metaphor and narrative. It is what allows us to respond properly the first time we see a wolf.

System 2 is slower, analytical and energy intensive. It is fact-based, not narrative-based. It is what allows us to see a wolf and produce a thousand breeds of dogs.

System 2 often is used to produce the narratives needed for System 1 to act to fast. A large part of the necessary adaptations to a new cultural environment is for System 2 to synthesize complexity into the simple narratives that System 1 uses.

This why different cultures are so plastic that they seem to think differently. They have differaent metaphors for System 1 based on the results of previous System 2 processes to assess the environment.

Cultures that failed to do this, to understand the cultural environment they inhabited, by transferring System 2 understanding into System 1 rapid responses, collapsed.

Just as the dodo failed to adapt to humans on the island.

System 2 is useful when something new enters the environment, requiring deeper examination to understand how to deal with it. System 1 is for things we already know how to deal with, because they are a constant in our cultural environment.

When someone says “You aren’t listening to me” it is often because  people are reacting with System 1 thoughts about something new that requires System 2 approaches. The listener  really is not ‘thinking’ but reacting. Fast, not slow.

Now on top of these ways of thinking,  we have two modes for organizing our social groups – hierarchical authorities and distributed democracies. The former puts the place of the individual into a specific social structure, atomizing while creating specific roles.

The latter subsumes the individual into a network designed for rapid information flow. Both approaches can use either System. For example, authority coupled with System 1 produces people who instinctually know who is above them and below them in the hierarchy, responding without thinking to commands.

But hierarchy coupled with System 2 produces analysis of a problem, breaking it down into pieces that those in a hierarchy can address more easily.

System 2 coupled with democracy can produce the Scientific Revolution. System 1 approaches here can rapidly disseminate the information from that revolution, by synthesis, not analysis.

So,we can see that WEIRD cognitive approaches have produced extremely large and complex hierarchies and democracies, which both use important System 1 and System 2 processes.

That is what has produced Western civilization. I would suggest that a key adaptation of this culture – something that has allowed it to dominate – has been to make System 2 approaches  external. Tacit System 2 creates shamans and alchemists. Explicit System 2 produces scientists.

WEIRD cultures are more analytical and use System 2 to a much larger extent than any other culture. That is because our rapidly changing cultural environment keeps throwing up novel problems we have to analyze deeply to solve.

We do not have time to relax with our System 1 responses to the world we live in.

This could explain why there is such a difference in cognition today in America between conservatives in general and liberals. The data suggest that, as a group, conservatives are mostly using System 1 approaches (ie gut reactions and simple narratives) and are less WEIRD than average. Liberals  on the other had, are the mostly WEIRD, using analytical, System 2 thinking much more.

Thus why they have such a hard time coming up with the sort of short pithy metaphors to deal with the world, a world that is rapidly shifting from one stage to another, with the metaphors needed for System 1 thinking ins tremendous flux.

I think this is due to the Information Age, Moore’s law and the exponential economy.

We are living in a rapidly changing cultural environment, one where social norms and System 1 rules are changing. We need to develop new rules, new adaptations to this cultural environment. This requires analysis – System 2 – which is currently found more concentrated in the liberal side than the conservative.

It is a fluke of timing that these different approaches mostly align with political parties. In the 1850s, the thinking was the same – one group responding to changes by deeper analysis while the other retreated to old principles – but the parties were reversed  with the Republicans being the radical party adapting to the new cultural environment.

It doe snot matter which group is doing the analytical thinking. What is important is that we use this analysis to come up with better narratives and metaphors for sustain adaptive System 1 thinking.

The data suggest that less than 20% of even WEIRD cultures spend a lot of time in analysis and deep thinking. So a lot of liberals are also acting with System 1 responses, mostly to old rules for the old environment.

If we fail to adapt to the new cultural environment we are creating, then we will fail as a society.

This model does not show what the adaptations we need to make will be. But it does suggest where those adaptations, those new stories will come from.

It does explain why the professions most aligned with slow, deliberative, analytical thinking – such as scientists – tend to align with liberals.

And why those most charged with creating new narratives – Hollywood – are also seen as liberal.

I expect this will change as we continue to adapt better to the new cultural environment. The current fluke – where analytical thinking falls more under one political group – may only be seen when our culture is undergoing rapid change. Once we gain better adaptations, creating the necessary narratives to support fast responses, we will all fall under mostly System 1.

Because we will understand the new rules of the culture. In fact, a large part of why System 2 evolved in humanity may simply be to gain understanding that can more easily be implemented by System 1. To create better narratives to explain the world.

And one interesting aspect that unfolds from this data deals with whether urban areas are generally more liberal because they attract liberal people or do they make people more liberal.

I’m falling on the cities make people more liberal. The paper showed that people can easily be trained to use either approach. It is a response to the environment they find themselves and what is required more often – rapid response to something you already know or slower responses to novel events.

I would suggest that having to adapt to the much more complex environment of a large city would require everyone to use more System 2 thinking than living in a rural one.

And right now, more System 2 correlates with being liberal.

I am not surprised that the most liberal cities, such as San Francisco, Washington DC and Seattle, are also home to some of the greatest technology/information/poetical changes driving our new cultural environment.

The adaptations our culture is acquiring will be driven from those places where greater System 2 thinking is happening. Because they are creating the stories needed to sustain System 1 reactions to the new environment.

One thought on “How being WEIRD is a good thing”