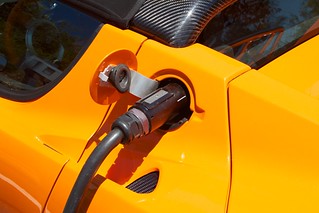 The smoke surrounding rumors of an Apple-branded vehicle has begun to thicken, as a new report says that Apple is indeed working on an all-electric vehicle that would take the shape of a minivan, with a huge team tasked to the project.

How will this work? This ar emy thoughts.

Tesla has a profit margin about the same as Apple so it would not necessarily reduce their profits but there is a big difference between making a lot of consumer products and a few thousand cars. There is a huge infrastructure need, what with batteries and what not.

Tesla released their patents. Their goal is to create the standards for the industry. And this:

Technology leadership is not defined by patents, which history has repeatedly shown to be small protection indeed against a determined competitor, but rather by the ability of a company to attract and motivate the world’s most talented engineers. We believe that applying the open source philosophy to our patents will strengthen rather than diminish Tesla’s position in this regard.

So they want competition, especially ones that use their own technology.

And they are building a huge giga-factory for their batteries. In 5 years, it will be producing enough batteries for 500,000 cars.

Is Tesla going to market all those cars themselves? Or will they make cars designed by others?

Could Tesla and Apple actually be collaborating, using the design team from Apple and that of Tesla to create additional cars that Tesla could not just do by themselves?

And what would that car look like? Apple only enters an industry if it can change the rules. what would an Apple designed car do?

I’m not so sure but it is an interesting thought.