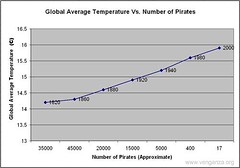 Over the weekend, another editor pointed me to this piece in The Telegraph in which columnist Christopher Booker calls scientists’ handling of the temperature data “the biggest science scandal ever.” The same piece also appeared in a discussion today and was sent in via the reader-feedback form. So, it seemed worth looking into.

Doing so caused a bit of a flashback—to January 2013, specifically. That was the last time that the previous year had been declared the warmest on record, an event that apparently prompts some people to question whether we can trust the temperature records at all.

The culprit that time was Fox News, but the issue was the same: the raw data from temperature measurements around the world aren’t just dumped into global temperature reconstructions as-is. Instead, they’re processed first. To the more conspiracy minded, you can replace “processed” with “fraudulently manipulated to make it look warmer.”

This is one problem with denialists – they use zombie arguments that have been shown to be wrong, again and again.

This is what eventually provokes feelings of anger and frustrations. “We have answered this already. Many times before.Why will you not change your arguments?”

Here it is “how can it be snowing if the world is warming”. Or “It’s a conspiracy.” Or “scientists are lying.”

It won’t happen because what defines  denialists is denying. It is fascinating I guess, to watch people again and again fall  into the same irrational argument, totally couched in pseudo-rationaities.

But it is not helpful at all.