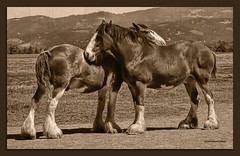 A study from the National Highway Traffic Safety Administration concludes that driving after smoking marijuana does not make you more likely to get into a car crash — especially when compared to driving after alcohol consumption.

Researchers studied 9,000 drivers over the past year to examine marijuana’s impact on driving. Although 25 percent of marijuana users were more likely to be involved in a car crash than people who did not use the drug, gender, age, and race/ethnicity of marijuana users were considered, demographic differences actually contributed substantially to crash risk. Younger drivers had a higher crash rate than older ones, and men crashed more than women.

In the study, testing positive for marijuana was defined as having delta-9-tetrahydrocannabinal (THC) in the system. The number of legal drug users and illegal drug users involved in crashes was statistically insignificant.

In the states which have legalized marijuana, highway fatalities went down.

This is in stark contrast to what happens when alcohol is more accessible. Maybe we should encourage marijuana smoking to replace drinking beer?

Get Harold and Kumar in Super Bowl ads rather than the Clydesdales?