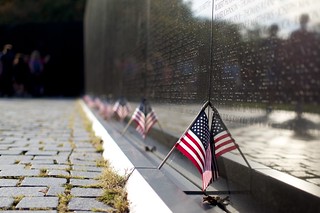 Lindsey Graham made a revealing comment at the Munich security conference over the weekend:

I don’t know how this will end if you give [Ukraine] defensive capability, but I know this: I will feel better [bold mine-DL] because when my nation was needed to stand up to the garbage and to stand by freedom I stood by freedom. (quote starts at 33:42)

There wasn’t much else to Graham’s “analysis” beyond this. The comments were revealing in a few ways. First, Graham admits that he doesn’t know what sending arms to Ukraine will do, but this doesn’t discourage him from insisting on this course of action. Ultimately, what matters to him here is that it makes him feel better that he took what he thinks is the right side. There is no serious thought given to the consequences of what could go wrong, and it doesn’t concern Graham if things do go wrong, because he will feel better. Nothing could better express the hawks’ self-indulgent, arrogant, and irresponsible approach to foreign policy.

Graham makes a desperate appeal to the “credibility” argument a moment later:

They may die, they may lose, but I’ll tell you what…if somebody doesn’t push back better we’re all gonna lose. Because who would join us in the future? What does an agreement mean anymore when the United States and other world powers sign it? Would you really give up your nuclear weapons? What does this tell the Iranians about our resolve to stop their nuclear program?

In other words, he acknowledges that arming Ukraine may well be useless, but what matters is to demonstrate that the U.S. will make futile gestures of support in order to preserve “credibility” and demonstrate resolve. That’s an appallingly bad argument even for the likes of Graham. One might almost think that these quotes from Graham came from someone trying to parody the worldview of hard-liners, but this really is what Graham said. He has given us a excellent example of why the obsession with “credibility” and resolve is so poisonous and harmful to our policy debates. Worrying about “credibility” in this way is irrational and extremely simplistic, and it amounts to little more than conjuring up very unlikely scenarios to try to scare people into supporting reckless action.

Not Graham’s but Larison’s. Graham is fighting the last, Cold War still. Or maybe even WW1, where pacts between Nations lead to their destruction.

We go to war because of how it looks if we don’t? Countries will think us powerless, with a lack of resolve to do anything?

We frigging killed Osama, entering a foreign country we had pacts with to do it.

Want to get all bellicose? How about this:

But we do not have to say that because everyone else already knows it. The only people who act like the US is some nerdy, pipsqueak who nobody will invite to the prom are some Americans.

I may disagree with why we often go to war but in my lifetime, it has always been because we decided we wanted to, not because it might make us look bad.

There may be lots of reasons to escalate a conflict. But “because not doing it will make us look bad” is certainly not one of them.