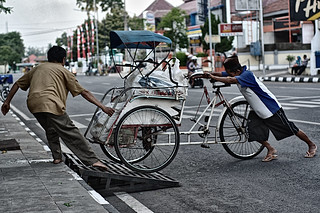 Yesterday, we reposted Julia Angwin’s article from ProPublica about how the guy behind GPG, a key tool for email encryption, Werner Koch, was basically broke, and that attempts to crowdfund money to keep going hadn’t been all that successful. The story seemed to resonate with lots of people, and the donations started flowing. After getting a grand total of just about €34,000 in 2014, he’s already well over €100,000 this year, with most of that coming yesterday after Angwin’s story went up. On top of that, Stripe and Facebook each agreed to fund him to the tune of $50,000 per year (from each of them, so $100k total), and the Linux Foundation had agreed to give him $60k (though, Koch admits that the deal there was actually signed last week).

Either way, this is great to see, though it’s unfortunate that it had to wait until an article detailing his plight came out. We’ve seen this sort of thing a few times now, such as when the Heartbleed bug made everyone realize that OpenSSL was basically supported by volunteers with almost no budget at all. Thankfully, the attention there got the project necessary funds to continue to keep us safe.

It really is quite incredible when you realize how much of the internet that you rely on is built by people out of a true labor of love. Often, people have no idea that there even is an opportunity to support those projects, and it’s great that Angwin was able to highlight this one and get it the necessary funding to keep moving forward.

Humans are some of the most altruistic animals ever seen, helping strangers with no concerns for their own help in return.

But what happens when that help creates and sustains the vital work of others? New communities come into existence that would not otherwise exist, communities that do recognize the help given to them by others.

So, what then happens when the altruist, whose help sustained the community, needs help themselves?

Well, we show altruism in return. we are social animals that evolved a sense that helping others would result in better results for everyone. Here we see such an example.