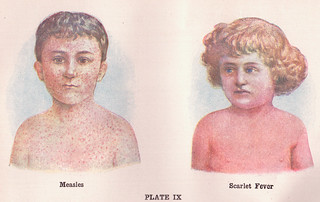 As the United States grapples with a widespread measles outbreak that originated from an unvaccinated woman’s visit to Disneyland, lawmakers have started to discuss potential policies that could prevent the future spread of infectious diseases. California lawmakers, for instance, have introduced a measure that would make it harder to parents to opt out their kids from recommended vaccines.

But other states are taking the opposite approach. Colorado — which has the highest rate of schoolchildren who have not been immunized in line with federal guidelines — is proposing a measure that would underline parents’ rights to turn down vaccines.

According to the Centers for Disease Control and Prevention (CDC), just 82 percent of children in Colorado have gotten the two-dose vaccine that protects against measles. That’s far below the national average of 95 percent, as well as below the threshold needed to achieve herd immunity, which hovers around 94 percent. And certain parts of the state are even worse. Some school districts in Western Colorado have undervaccination rates five times higher than the state average.

“We are going to have a large outbreak of measles,” Dr. Edwin J. Asturias, a pediatrician with the Colorado School of Public Health and Children’s Hospital Colorado, told the Denver Post this week. “For almost a decade we have been accumulating people without protection. We are like a forest waiting to catch fire.”

82% is likely below the threshold for herd immunity for diphtheria, polio, measles, mumps, whooping cough, rubella, and smallpox. In fact, in some parts of the state, it is much lower than that.

Without herd immunity, not only is it very likely that all their kids will get sick, but that infants, the elderly, people whose immunity has worn off and immune-compromised individuals will also get sick. The selfishness of anti-vaxxers places large numbers of others at risk.

And these people shut down an attempt last year trying to educate people, calling it harassment and coercion.

You may have a right to be willfully ignorant in this country but not a right to harm others through your willful ignorance.

Their selfishness – which could result in major outbreaks of preventable disease, disabling many and costing millions – is more important than public safety.

That is not what made America great. But if they want to game the system for their own benefit, while harming America, fine. There should, however, be consequences.

Do not allow their children into public spaces or into contact with others. Go ahead, do not vaccinate but no public schooling. No trips to the mall. Or to football games. They should be civilly sued for getting sick and spreading the disease.

Heck places like Disneyland should look into technology to prevent children or adults who are shedding virus (and may not even be showing symptoms yet) from entering their parks. (Sure, these may take minutes now but who does not expect that to be greatly reduced in a few years.)

Heck, a smartphone attachment was just described and the results published. SO, go ahead and do not vaccinate. Just look forward to a whole lot of finger pricks for blood.

If I was an onwer of any place where people congregated, I would be worried about my employees’’ health and that of their families with weakened immune systems.

As well as law suits from anyone getting sick due to my facility.

I’m sure this will do wonders for the ski resorts when infectious disease spreads like wildfire throughout the state.

People are perfectly free to make decisions about their own health but they should not  be allowed to jeopardize the health of others.

One thought on “Stay away from Colorado: Under-vaccinated state likely to become disease-ridden soon.”