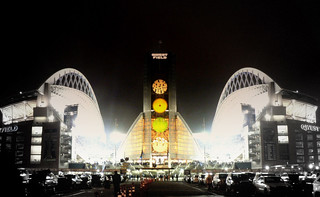 A combination of fear with hubris so often produces results that, in hindsight, everyone can agree did not need to happen.

Almost always, we can understand why people so often do stupid things – fear so often drives stupidity, Fear is, as Frank Herbert wrote, the mindkiller.

From Carroll’s comments, it appears to me that fear colored the team’s decision. Fear changed what would, in a calm, rational world, be the obvious course into one that they could not take, while the extremely risky approach that lost them the game, seemed ‘obvious.’

The coaches were afraid of being stopped if the Hawks ran, then afraid they would have to call a pass on 3rd down and then maybe have to go to fourth. Fear  of doing the ‘obvious’ thing (they had the best short yard runner in the league against the worst short yard defense in the league) and failing.

Fear of having to answer, “How could you be at the 1 yard line and not get in?”

But fear. by itself, usually results in inaction. Here, it was combined with (often justifiable) hubris. The Hawks had practiced and executed so often when they needed the big result, that I bet it never entered any Seahawks’ head that there could be a bad result.

Hubris alone is not really a problem. Believing on oneself and one’s team can produce results far beyond expectations. But, it sometimes can, as seen here, lead to making a poor decision. It reduces the ability to rationally see the right solution if it blinds one to reality.

And combine hubris with a little fear and bad things almost always happen.

In contrast, the touchdown they scored at the end of the first half had little fear behind it. It was all about belief and execution. They had nothing else to lose.

I bet that if the Seahawks had been at the 10 yard line instead of the 1, they would have done a much better job. Fear of failure would not have entered their heads.

Fear and hubris – a very bad combination. Now they know and I hope they never make that mistake again. Pride is wonderful. A little humility is great. And fear needs to be banished.

Perhaps the rest of us could learn something from them.