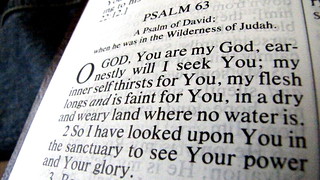 In conjunction with the American Association for the Advancement of Science (AAAS), the Pew Research Center has conducted a large poll that measures both public attitudes toward science and the attitudes of scientists themselves. Although there are some substantial areas of agreement—the public values science almost as much as scientists themselves—the data also highlights many areas where there are huge gaps between the two.

The good news first. Almost 80 percent of US citizens feel that science has made life easier, and substantial majorities feel that it has improved food, health, and the environment. Roughly 70 percent of the public feel that research pays off in the long run, with support similar for both fundamental research and applied research. Over 60 percent see an essential role for federal funding in scientific progress.

Things get pretty grim from there. One bit of bad news comes from a comparison of these numbers to results obtained by Pew in 2009. Back then, 83 percent of the public felt that science had a positive impact on people’s lives. All the numbers on the specific areas—food, health, and the environment—were down slightly as well. The number of people who are enthused about the US’ scientific achievements, however, saw a more substantial drop, with an 11 point plunge in those thinking we’re doing above average or better compared to other nations.

Not surprising, people generally like science and have a good view of researchers.

Until science buts up against what they believe. Then many people refuse to acknowledge the facts.

But it appears to be more complex than that. Traditionalists – take a literal view of the Bible, don’t accept evolution or the Big Bang, and tend to score low on science literacy – are 43% of the population. They simply refuse to acknowledge entire areas of reality.

Secularists – more scientifically literate and either viewed the Bible as inspired by God or simply a collection of myths – were about 36%.

The other 21%? They are called post-secularists. They pick and chose the facts they will acknowledge.

As the authors describe:

These people are just as knowledgeable about science as the secularists, but only if the questions about evolution and the Big Bang are left out. Nearly half of the post-secularists view the Bible as literal; only six percent accept the Big Bang, and a tiny three percent are ok with the idea of human evolution. They’re also relatively uncertain about plate tectonics.

No evolution and no Big Bang. Like the traditionalists. But not all believe in the literal Bible. They, like secularists, love science, but only when it does not impact their beliefs.

It appears that traditionalists may, in some ways, fear science and what it will do to their religious beliefs, so they stay away from it as much as possible, preferring ignorance to knowledge.

The secularists love science and have found ways to fully incorporate it into their belief systems. The post-secularists are intermediate, choosing what science they will acknowledge and which they will not.

Traditionalists construct Cargo Cult Worlds that  have the least connection to reality. Secularists construct ones that model reality much better. The post-secularists are in between.

In a complex cultural environment, the further one’s model for reality departs from the real world, the more likely one will make poor decisions and die.

This would mean that 43% of the population hold views that make them less likely to survive in a complex environment, while another 20% may be at severe risk, depending on just what science they chose to put on their plate.

The question becomes just how far one’s Cargo Cult World is from the real world and how many bad decisions will be made because of their bad models of the world.