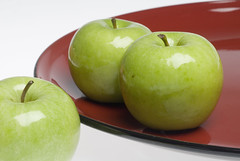 Great post by Ben Thompson on how Apple remains profoundly misunderstood by many:

And yet, the perception that Apple is somehow hanging on by the skin of their teeth persists. I was speaking to someone about Apple’s particularly excellent China results this afternoon, and was struck at how their questions were so focused on threats to Apple — “How will Apple respond to Xiaomi” for example. This is in stark contrast to the way most think about a company like Google, where their dominance in whatever field they choose to enter is assumed, just as Microsoft’s was a decade ago. Apple, though, is always a step away from catastrophe.

It’s difficult to overstate just how absurd this is, but here’s my best attempt: last quarter Apple’s revenue was downright decimated by the strengthening U.S. dollar; currency fluctuations reduced Apple’s revenue by 5% — a cool $3.73 billion dollars. That, though, is more than Google made in profit last quarter ($2.83 billion). Apple lost more money to currency fluctuations than Google makes in a quarter. And yet it’s Google that is feared, and Apple that is feared for.

His list of three wrong assumptions about Apple is so spot-on. Worth bookmarking. I’d venture to say that just about all wrong-headed analysis of Apple’s future prospects comes down to one or more of those assumptions. The only one I’d add to the list: Apple can’t innovate without Steve Jobs.

Most people are applying the wrong model to apple. So its success looks like magic.

Apple has never seemed to operate by normal business parameters, because its organizational structure encourages distributed democracies to solve problems rather than strictly hierarchical authorities.

This creates a very efficient company able to innovate and change rapidly because information flow is so rapid. But it presents an organizational structure that is unfathomable to most MBAs, who are so stuck in 20th century approaches.

They expect one person at the top to own the agenda, not understanding how anything gets done when leadership is distributed, not centralized.

I worked at one of these new style of companies, where the internal structure allowed information flow to move along social networks links, not hierarchical organizational charts. This allowed us to succeed using fewer people and less money than our competitors.

It made us very adaptable and resilient.

This distributed approach was sneered at by the Wall Street types (“How do you frigging hippies ever get anything done?”) but we understood and loved it.

Apple is so similar and Wall Street treats it the same – it must be magic or luck. But it is how Apple has created a community, both inside and outside its corporate headquarters, that sustains it.

The main worry for these companies is not so much the marketplace as being reborn into 20th century companies by those who do not get it. That was my worry without Jobs. But Cook gets it and the culture goes on.