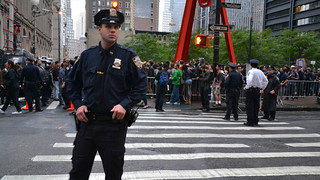 The idea that memories are not as reliable as we think they are is disconcerting, but it’s pretty well-established. Various studies have shown that participants can be persuaded to create false childhood memories—of being lost in a shopping mall or hospitalized, or even highly implausible scenarios like having tea with Prince Charles.

A recent paper in Psychological Science found that 71 percent of participants exposed to certain interview techniques developed false memories of having committed a crime as a teenager. In reality, none of these people had experienced contact with the police during the age bracket in question.

Even when the authority is wrong.

Now we can see why lying leaders who again and again say falsehoods can be believed by so many. This deference to authority may work in a relatively simple world. But in today’s complex one, authority cannot know everything it needs to.

But distributed approaches can. If we hope to survive the complex cultural environment we have created, we must move away from the hierarchy of authorities.

We need better balance between the wise solutions of democracies and the bold action of authorities.