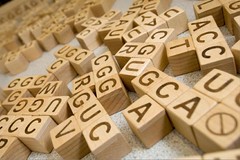 (University of Kansas) Amid the black-market pet trade in Manila, KU’s Rafe Brown and colleagues discovered two species of water monitor lizard that previously were unknown to science.

Behind the curtains in many pet stores in the world are animals not legal for sale.

Here, they not only found unusual animals but a couple of species not known before. They demonstrated this by sequencing DNA from the animals.

They created a DNA databases to use as diagnostics for  finding illegal animals quickly. BUt they found someothing new.

These animals looked very similar to other more common lizards so had not been observed before.