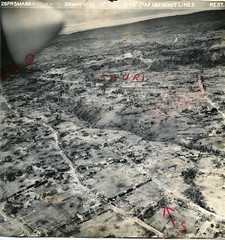 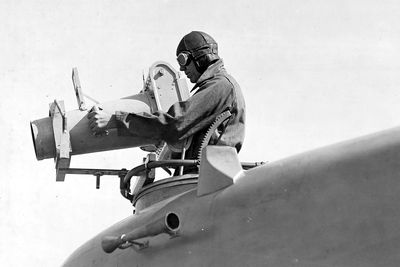 Modern aerial photography tends to be taken by drones — but it wasn’t always that way. When aerial photography first began 100 years ago, it was mainly thanks to amateurs wild enough to stick their cameras out of planes — even when it meant risking their lives.

The first pioneer? W.L. Richardson, the man considered the inventor of naval aerial photography. But he didn’t start off as a trailblazer.

He began as a cook.

How a Navy cook created a whole new form of photography

Walter Leroy Richardson was born in 1899 and enlisted as a ship’s cook in 1911, getting his start on the USS Mississippi. In his spare time, Richardson was a photography hobbyist who wanted to record it all.

Those skills came in handy when the military began using planes in Pensacola — because there were few photographers, the Navy had amateurs do most of the documentation of daily life at sea and ashore. Richardson’s photos were good enough that he was quickly appointed the Navy’s first official photographer, a job that soon included aerial photography.

In 1916, Richardson became the first person to take a Navy aerial photograph, departing from Pensacola, Florida with a camera that looked like a cigar box. It was closer to a wild experiment than a focused effort: he went into the air, tripped the shutter, and became a historical first. But that first picture was the beginning of a long career pioneering a new style of photography that was both reconnaissance and art (photography geeks will note that he started with a 5×7 speed Graphic camera and a 7×7 Press Graflex).

On January 10, 1917, the Navy made aerial photography official and issued the first order for equipment. Richardson quickly became Chief Photographer of the Navy’s Bureau of Aeronautics and a new art form — and military strategy — was on the books.

The stories of pioneers in any technology are worth reading and not forgetting. Fascinating man.