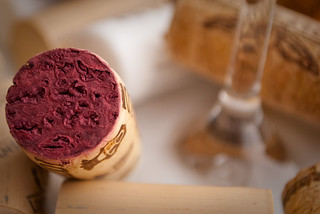 It’s already 2015 in Australia, and revelers can toast the new year without spending very much money at all—less than the cost of water, in fact.

Some wines in Australia cost less than an Australian dollar ($0.82), compared to about A$2.50 for the average water bottle, according to the BBC. A few factors have contributed to the low domestic prices for Australians, but a main driver is competition. For one, the Australian wine industry has been inundated with a glut of grapes for 10 years, resulting in an oversupply of wine.

The strength of the Australian currency also affects wine exports. When Australian currency appreciates relative to other currencies, foreign prices increase and demand for the product goes down, according to a report from the market research company IBISWorld. The Australian dollar was especially strong between 2011 and 2013, which led to an excess of domestic supply, the BBC notes.

This seems very twisted but is also true in New Zealand, Czech Republic and Germany.