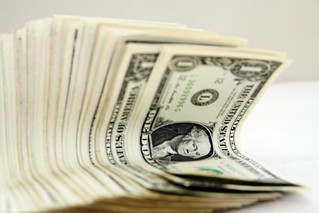 The $5 Challenge
[Via Psychology Today]

What would you do to earn money if all you had was five dollars and two hours? This is the assignment I gave students in one of my classes at Stanford University, as part of the Stanford Technology Ventures Program… Each of fourteen teams received an envelope with five dollars of “seed funding” and was told they could spend as much time as they wanted planning. However, once they cracked open the envelope, they had two hours to generate as much money as possible. I gave them from Wednesday afternoon until Sunday evening to complete the assignment. Then, on Sunday evening, each team had to send me one slide describing what they had done, and on Monday afternoon each team had three minutes to present their project to the class. They were encouraged to be entrepreneurial by identifying opportunities, challenging assumptions, leveraging the limited resources they had, and by being creative.

The winning team made $650 in a very creative solution. They sold the 3 minute class presentation to a company that wanted to recruit students from Stanford. Having 3 minutes of undivided time to talk with these students was worth $650 for them.

In another case, the team made reservations around town at popular restaurants and then sold them to people who were waiting. what they found was that this worked best at places with vibrating pagers, as the people knew they were not being hosed since they had a pager. Then the team could resell the pager they got from one reservation later.

In every case that was really successful, they found ways to enhance the power of social interactions. And they altered their approach based on rapid feedback.Saving people time for their own interactions or giving them opportunities to connect with others are the best.