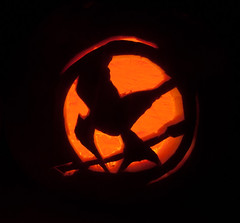 Both The Daily Mail and The Argus are carrying the story of seven 12-year-old Brighton, UK girls who were questioned by police after staff at a Cineworld multiplex reportedly saw that some of the girls had iPads and smartphones. Concerned that the girls might be engaging in copyright infringement by recording parts of the movie, the staff called 999 (the UK emergency services number, equivalent to 911 in the US) and requested police to help deal with the situation, which the Mail says the staff characterized as an “emergency.”

The seven girls were reportedly removed from the theater and detained for questioning, with police looking through at least some of the girls’ devices for the presence of infringing content. After the search, the police concluded that no crime had taken place and the kids were released. Three of the girls returned to the theater to finish the film, while four remained outside and waited for their parents to pick them up.

There was no indication that the girls were using their cell phones and the chains actually encourage people to bring cell phones to the theiater these days (ie all those movie apps with cheaper tickets, etc.)

Apparently, simply possessing these meant they were criminals and/or terrorists. Thus the emergency call to police.

Ironic that hierarchal authorities detained teenage girls at a movie that shows how teenagers deal with hierarchical authorities – by starting a revolution.