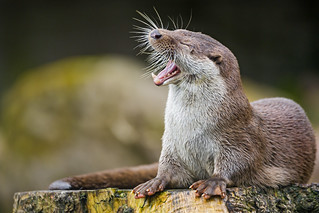 The Ethics of Joke Science
[Via Research Blogging – Biology – English]

What happens when scientists publish papers that aren’t meant to be taken seriously? Is ironic, satirical and joke science all in good fun, or can it be dangerous? This is the question asked by Drexel University researchers Maryam Ronagh and Lawrence Souder in a new paper is called The Ethics of Ironic Science in Its Search for Spoof. The British BMJ journal is known for an annual Christmas special issue filled with unusual articles. For example, two years ago they explored the question of Why Rudolph’s nose is red. One BMJ Christmas piece from 2001 caused quite a bit of controversy, however, and this paper forms the main topic of Ronagh and Souder’s article.

Poe’s Law – “Without a blatant display of humor, it is impossible to create a parody of extremism or fundamentalism that someone won’t mistake for the real thing.”

The paper that caused all of this – a satirical paper written for the BMJ as part of an annual set of humorous articles published at the end of every year.

Ronaugh and Souder are worried that since the original paper was not clearly labeled as satire, that it must now be retracted for ethical reasons because some people might think it is true.

The purpose of effective satire is to poke fun at the irrational thinker – especially those whose System 1 approaches cannot match the complexity of the world.

The whole purpose of satire is to make people think, by presenting a narrative that simply is incongruous with the natural world that we should know. It should set off warning bells in any rational person.

So when irrational, unthinking people run off with the ‘facts’ because the satire matches their biases, it is not the fault of the satirist. This is a feature, not a bug.

A satirical newspaper article is seldom labeled as satire and people think they are true all the time – Andy Borowitz is the master of this.

Stating that some irrational thinkers might be fooled by the satire is pretty much stating a definition of satire. Warning people that it is satire pretty much negates the whole point and, I am willing to bet, will still not prevent people from thinking it is true.

And irrational people get science article wrong all the time, even when the papers are not satirical. At least this way we can more easily deal those who are not thinking clearly.

One thought on “A scientific discussion of Poe’s Law?”