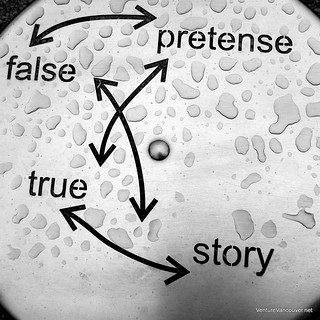 Why do we cling to beliefs when they’re threatened by facts?
[Via Ars Technica]

According to a new study in the Journal of Personality and Social Psychology, unfalsifiability is an important component of both religious and political beliefs. It allows people to hold their beliefs with more conviction, but it also alows them to become more polarized in those beliefs.

Currently, very little is known about why certain worldviews gain more mindshare in some populations, while others remain on the fringes. We also currently know only a little about how and why people continue to hold a belief in the face of contradictory evidence. Sometimes people argue on the basis of fact, questioning the quality of the evidence against their position, for example.

Interesting study. Many people will reduce reliance on unfalsifiable beliefs when shown facts.

But some people seem to cling to things almost because they cannot be falsified. And the more the are shown the facts that falsify their beliefs, the further they retreat into the Cargo Cult Worlds they have created.

Some people will hold onto unfalsifiable beliefs even after those beliefs take them over the cliff. Even after these beliefs are shown to result in bad outcomes.

Just amazing. We need to spend our time focussed on the people who will respond correctly to facts rather than retreat into fantasy based on their opinions.

Convincing those who deny facts is a fool’s errand.