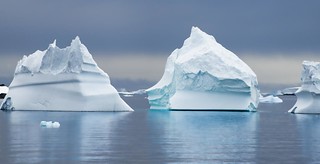 A bit over a week ago, the Committee for Skeptical Inquiry posted an open letter declaring that “Deniers are not Skeptics.” To the Committee, skepticism is central to its goals, and it defines the activity as a careful analysis of evidence. As such, the group has been rather annoyed that people who doubt climate change have labelled themselves as skeptics, even if they have never taken the time to come to grips with any evidence.

The letter called for the news media to stop allowing doubters of climate change to use the label “skeptic” and instead label them deniers, based on the root “denial,” which was defined as “the a priori rejection of ideas without objective consideration.” In doing so, the Committee had the support of scientists and science communicators such as Bill Nye and Ann Druyan, the woman behind the latest version of Cosmos.

There’s no shortage of denial when it comes to climate change—the public proclamations of Senator James Inhofe (R-Okla.), which the letter cites, are classic examples. And there’s also genuine skepticism of individual scientific claims, as we saw by the response to a recent report by the National Oceanic and Atmospheric Administration on California’s recent drought. But there are a whole host of things in between that make using any single label problematic.

Acknowledging facts is the first step. Then maybe actually understanding how those facts lead to useful knowledge would be the next.

Science is about creating useful models.We can never completely understand the complexity of the world around us. But science lets us create useful simulacrums that get closer.

It was a better model of the world.

It must do a better job of explaining the facts better than other models. A scientific argument, not a rhetorical one.