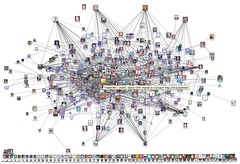 It’s a cliché to say it takes a village to raise a child, but it’s a cliché some creatures have taken to heart.

A handful of animals, including ants, bees, termites, and some birds, are what scientists call “eusocial.” That is, they live in tight-knit groups in which some individuals give up some of their reproductive capacity to care for the offspring of others.

While there has been extensive study on how such reproductive strategies might emerge, the question that has long remained unanswered is why an organism might adopt such a strategy in the first place.

A new study, co-authored by Sarah Kocher, a postdoctoral researcher in Harvard’s Department of Organismic and Evolutionary Biology, may offer some answers.

So, which works better – solitary and authoritarian approaches, where the guy at the top does all the breeding.

Or a more distributed democracy where everyone helps and some even forgo having offspring in order to sustain the   community, and the reproductive strategies of others.

In this study, the former wins out early but the latter ends up being more successful.

Now this is with social insects, whose genetics results in a specific class of non-reproductive individuals.

I wonder if it might also have some impact on the complex social networks of humanity. A single authoritarian can produce many offspring but how well do those survive using a purely hierarchical approach?

Compared to ones using a more distributed path, with multiple possibilities for all individuals to reproduce freely?

Do communities that find an adequate balance between these two social strategies survive more readily?

And does humanity’s balance between hierarchical authorities and distributed democracies explain our huge success?

It’ll be interesting to find out.