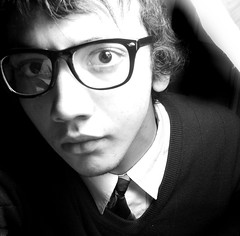 Preference for High Masculinity and Femininity May Be Peculiar to Modern Societies
[Via Truthdig: Drilling Beneath the Headlines]

A new survey of 12 populations around the world challenges the commonly-held assumption that humans naturally prefer highly masculine men and highly feminine women.

The study, in which a team of psychologists, anthropologists and biologists at Brunel University London surveyed populations of varying economic development, suggests that preferences for exaggerated sex-specific traits may emerge only in what the researchers called “highly developed environments”—meaning those that are urban and densely populated.

Brunel University London psychology lecturer Andrew Clark explained that the researchers “digitally morphed masculine and feminine faces from photographs of people to find out what choices people from small-scale societies made.”

“We found that they didn’t place the same emphasis on ‘sex typicality’, that is, on highly feminine women and highly masculine men. In fact, they often favoured the neutral face, and sometimes the least ‘sex-typical’ one.” The team also found that urban people were more likely to associate masculinity with aggressiveness.

“This data challenges the theory that exaggerated sex-specific traits were important for social and sexual selection in ancestral environments,” Dr. Clark added. “Preferences for sex typical faces are a novel phenomenon of modern environments. It’s probably not a consistent thread in human history.”

Extreme differences between male and female may very well only be a factor of Industrial Age modern societies. It may be due to different selective aspects needed for success. Being highly aggressive is useful here, suggesting that strong male features become a surrogate for success.

I expect this will change as we move away from Industrial Age success stories. It may already have. Perhaps the males of the future will look quite different.