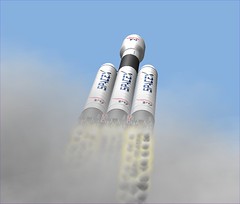 Can Climate Change Cure Capitalism? by Elizabeth Kolbert |
[Via The New York Review of Books]

Every fall, an international team of scientists announces how much carbon dioxide humanity has dumped into the atmosphere the previous year. This fall, the news wasn’t good. It almost never is. The only time the group reported a drop in emissions was 2009, when the global economy seemed on the verge of collapse. The following year, emissions jumped again, by almost 6 percent.

According to the team’s latest report, in 2013 global emissions rose by 2.3 percent. Contributing to this increase were countries like the United States, which has some of the world’s highest per capita emissions, and also countries like India, which has some of the lowest. “There is no more time,” one of the scientists who worked on the analysis, Glen P. Peters of the Center for International Climate and Environmental Research in Oslo, told The New York Times. “It needs to be all hands on deck now.”

I think Klein is on the right track but makes a mistake – she assumes that solutions will come from inside the system, even a planetary one.

Most people look at changing the current economic or social systems, changing what happens with humans here on Earth.

But just as the source of our energy  comoes from outside the planetary system, so may our solutions.

Space could well be the solution to the problem of energy and climate change.

And none of this requires tremendous magic boxes to work, as many of Klein’s thoughts do.

Four Steps get us there:

2) habitats in space for supervising the

3) mining and manufacture, from asteroids and/or the Moon, space-based solar arrays that will

4) provide us with enough power not only for our needs but to actively remove CO2 from the atmosphere as rapidly as we have added it.

There are organizations with solid business plans looking at every one of these steps.

What happens economically when virtually all manufacture from raw materials happens in space performed by robots overseen by humans? When pollution is removed from the Earth’s surface? When our power needs are met 24/7 from external sources, using sunlight that would never hit the Earth?

We can be there faster than we can imagine. If we have the will.