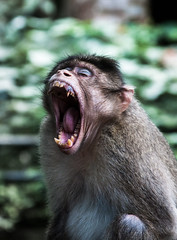 One of the things you get used to, when you live in New York, is encountering a large number of people who preface their statements with this phrase: “I’m a type A personality, so…”

In the last couple of weeks, I have heard the phrase used by an American woman in the final stages of pregnancy, discussing her “birth goals”; a British woman discussing the difficulties she’d been having with “the help”; and a website devoted exclusively to “alpha parents”, which I gather means parents who think very highly of themselves.

Whatever the context, using the words “I’m type A” is often a prelude to some form of conversational douche-baggery.

From the original work, being a Type A personality was not something to be proud of. Interesting that we have seen the rise of Type A being a good thing along the same timeframe of the rise of the 1%. I guess the sociopaths need some rationalization for their pathology. explains how Type A is now a plus – at least to them.