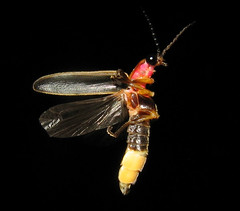 CEDAR PARK, TEXAS—Former SpaceX engineer Tom Markusic has brought Firefly Space Systems to the outskirts of Austin to make rockets and chew bubblegum, and he’s all out of gum. Standing in the vast field on the outskirts of the Texas state capital watching Markusic flitting between clusters of workers welding together test stand equipment, it’s easy to get caught up in the man’s vision of democratizing access to space—a vision of filling that vault of empty sky above our heads with countless twinkling lights.

That’s the genesis of the company name: Firefly Space Systems. It isn’t named after the TV show, as many people commonly assume. Rather, Markusic says the name came to him one evening while sitting on his back porch, watching fireflies dance in the air over his lawn. One day, he believes, that’s what the sky above Earth will look like—filled with spacecraft ferrying people to Mars, in a journey as commonplace as going to the store might be today.

But to get to Mars—really, to get anywhere at all—we’ve first got to make it easy for people and equipment to claw their way up out of Earth’s gravity. After all, as the Heinlein quote on Firefly’s website explains, “When you’re in low Earth orbit, you’re halfway to everywhere.” Making that first hundred miles easy and affordable is what Markusic wants to do.

A very intriguing approach. Instead of retooling and innovating the standard rockets to space, Firefly is almost starting from scratch, with totally new rocket and engine designs.

They are not looking to directly compete with SpaceX – which has the industry price lead with its rockets. Firefly wants to make it much easier to get smaller payloads into space – 500 kg rather than 13,000 kg for the Falcon-9.

They still have a long way to go and a lot of hurdles to overcome. But it does show some of the innovation going on.