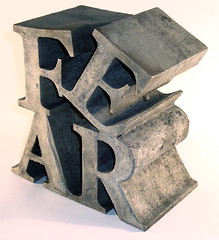 The miserable state of the Republican Party can perhaps be understood through its response to four simple truths. Each item on this list is measurable, provable and broadly regarded as obvious. Failure to acknowledge these four truths means being as clearly, empirically wrong as it’s possible to be in the otherwise mushy, gray realm of politics:

1) Climate change is real and it is caused primarily by human activity.

3) Abortion is a complex issue because it involves two legitimate liberty interests in conflict with one another.

Nice to see something some partisans of both parties can seek agreement on. Only if we recognize that there are facts underpinning these complex problems, can we begin to find wise solutions.

This is a truly amazing dose of reality from a Republican that is seldom heard in the media. Especially his highlighting of how fear is driving so much of this (He does not discuss the Democratic use of these same fearful tools because his focus is the GOP. But they are being used.)

A Republican with some divergent points that actually need to be heard more.

A Republican with a viewpoint from an earlier time. He makes an absolutely true statement:

However, no one incapable of recognizing these obvious truths is qualified to serve in a public leadership capacity of any significance. Like a poorly aimed weapon, any legislation or executive action crafted in defiance of these truths will, at best, yield unnecessary collateral damage. In many cases, it will reap calamity.

The GOP elite used to do better on each of these four points  Not so much today.

Unfortunately, there is almost no corner of America in which a Republican can survive a primary election while openly acknowledging all four of these truths.

The truth is slow, but relentless. Over time it becomes irresistible. Anyone who is looking for a first step, a template for building a newly relevant Republican establishment should look first to those four truths. If we can ever generate a core of Republican strategists, activists and officeholders willing to acknowledge these simple, demonstrable truths without evasion or flinching, we’ll be on our way to a far brighter future for the party, the country, and our world.

He is right. Combine this with the Democrats who acknowledge the same things and we can begin finding wise solutions.

Fear from rapid change is a human feeling, not a political one. It is found in partisans form each party.

He identifies the fear that has been used by authoritarians since the start of time. What he misses is that the same sort of dynamics are also found in the Democratic party. Authoritarians there are also finding the power that can be derived by stampeding fearful people.

Fear drives people to do stupid things, like giving authoritarians greater power in a promise for security.

This was all predicted by Toffler a generation ago with his books, Future Shock and the Third Wave. Change makes people fearful, especially conservative (small c) and authoritarian ones. They no longer know where they fit in the power structure.

Those that are more democratic (small d) and distributed in their approaches are the ones who find this time exciting and important.

And very frustrating as long as hierarchical authoritarians take us in directions that people in both parties see are wrong.

This is not a left/right battle. It is  hierarchical authorities against distributed democracies.