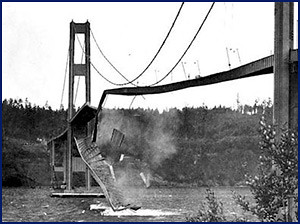 Reza Aslan trashes biblical literalism: The gospels are absolutely replete with errors
[Via The Raw Story]

Religious scholar Reza Aslan blasted the idea of “biblical literalism” — the core belief of fundamentalist Christianity — by noting that the Bible was full of contradictions and historical errors. Aslan said during a February address to the Los Angeles World Affairs Council that people mistakenly believed Christians had always interpreted the Bible as historical fact. The idea of biblical literalism is actually only about a century old, he explained.

In the 2000 years or so that the modern Bible has existed, only in the last  century or so has any major belief felt that it could be read as literal.

The literal reading of the Bible came into existence for very specific secular reasons – as a backlash to the onrushing Scientific Revolution that was rapidly changing the world.

Christian fundamentalism started in the late 1800s and continues to have a detrimental effect on our ability to deal with the changes of Industrial Revolution or move past it. The Islamic Fundamentalism we fight today has its origins around the same time and for many of the same reasons.

Fundamentalism seems to be a key aspect of people fearful and unable (or unwilling) to deal with a changing world. .

People who are afraid of change try to construct a structure that obviates the fear from that change, by creating a literal world based on metaphors, making the stories real, even if that makes no rational sense.

Cargo Cult Worlds seldom are rational and are always comfortable asylums for those who cannot deal with the complexity of the world they inhabit. They create a false narrative to explain that which makes them afraid, losing contact with any objective reality.

These people do not realize that spiritual truth is more important than literal truth, metaphors can teach us more than reality. Because we often do not have the time to fully deal with reality. Because it is too complex. Because humans must expend a lot energy to understand the depth of knowledge about the world.

We simplify, using metaphor and simple heuristics most of the time to deal with complexity.

But, once someone’s metaphor, their rule of thumb is shown to be wrong, they have two choices. Think deeper in order to gain a better understanding of why the rule is wrong and then fix it. Create a new metaphor.

That way eventually leads to madness, especially if the entire culture follows.

A culture that is unable to adjust its metaphors is one that will collapse because it will eventually hit a problem its rules of thumb do not properly gauge – such as using up all the trees on the island or all the water from the rivers or all the clean air.

Which path will you take?