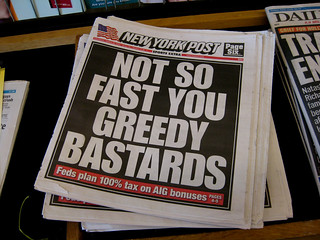 Currency Markets Are Rigged
[Via The Big Picture]

Currency markets are massively rigged. And see this and this.

Regulators fined six major banks including Citigroup (C.N) and UBS (UBSN.VX) a total of $4.3 billion for failing to stop traders from trying to manipulate the foreign exchange market, following a year-long global investigation.

HSBC (HSBA.L), Royal Bank of Scotland (RBS.L), JP Morgan (JPM.N) and Bank of America (BAC.N) also face penalties resulting from the inquiry that has put the largely unregulated $5 trillion-a-day market on a tighter leash, accelerated the push to automate trading and ensnared the Bank of England.

In the latest scandal to hit the financial services industry, dealers shared confidential information about client orders and coordinated trades to make money from a foreign exchange benchmark used by asset managers and corporate treasurers to value their holdings. Dozens of traders have been fired or suspended.

Britain’s Financial Conduct Authority (FCA) fined five lenders $1.77 billion, the biggest penalty in the history of the City of London, and the U.S. Commodity Futures Trading Commission (CFTC) ordered them to pay a further $1.48 billion.

The U.S. Office of the Comptroller of the Currency, which regulates banks, also fined the U.S. lenders $950 million and was the only authority to penalise Bank of America.

And it is worse:

The big banks and other giants manipulate numerous markets in myriad ways, for example:

Meanwhile, the only people doing well in the US are the financial people. They now make up a larger percentage of the entire US economy than every before:

Almost 8% of our entire economy is based on people who manipulate the underlying economy. Isn’t that a very dangerous thing?

Yet, they keep Americans divided on all sorts of trivial stuff, all while they keep doing the manipulation. The Tea Part and OWS were both started to deal with Wall Street.

Neither has been effective. Both were undone by the authoritarians under the control of the plutocrats manipulating the supposedly free markets.

We need to unite Americans to deal with this battle, not allow our difference to divide us.

Becasue we all agree on this – wall Street needs to be dealt with.

2 thoughts on “Think we have a free market? Here is a nice list of how much of it is rigged against us”