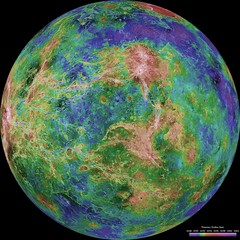 This summer ESA’s Venus Express spacecraft daringly dipped into the upper atmosphere of our neighboring planet during a risky but successful aerobraking maneuver, intended to gather information about Venus’ skies.

Its data has now been analyzed by scientists and it turns out that Venus Express experienced much more variable conditions than expected — like “surfing” though dense, hot waves.

So in the period of just a few months, the European Space Agency has exciting new data not only on what houses a comet but what the atmosphere of Venus is like.