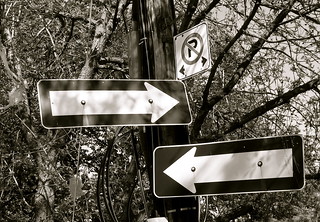 A puzzling piece from the very sharp Gillian Tett of the FT. My tentative conclusion was that she has fallen victim to the anthropologist’s disease–getting so far into the heads and the mindsets of the culture she is observing that she loses track of the fact that there is a world outside. I have been holding this for a couple of days for two reasons:

But enough is enough…

Let us begin with the lesson:

Gillian Tett: Midterm Rational Exuberance Is Not Just for U.S. Republicans: “HBS alumni… asked to explain why America’s economic growth has been so dismal…. The most hated culprit was the political machine. Half… declared the US political process worse than that of any other leading nation…. Can the midterms change the mood?… With the Republicans controlling Congress, they finally have an incentive to… show voters in 2016 that they can actually get things done…. Trade is one obvious arena…. Infrastructure is another…. And corporate tax reform might–possibly–produce pleasant surprises….

This matters…. Company executives have been sitting frozen in recent years, reluctant to invest, because of uncertainty…. $2tn of spare cash is sitting on US corporate balance sheets… banks have another $2.8tn of funds sitting idly at the Federal Reserves…. If just a tiny proportion can be deployed, the economic impact could be significant. And if a few tangible policy changes emerge from Congress, it is possible animal spirits will return. Even amid the business elite, from Harvard and elsewhere, who have been trained to be so cynical about politicians’ ability to do anything at all.

But when I look at the numbers for the economy-wide components of fixed investment:

As the data demonstrate, businesses are doing good.. They have large profits. Their numbers look  pretty much what they should be for this point in a business cycle.

But they are uncertain what to do with them, where to invest – in infrastructure, in new plants, etc. Mainly because there are fewer consumers willing to spend.

What if they invest the money and no one buys? That is a lot of uncertainty.

Two major points the data identify that could reduce uncertainty, increase consumer spending and help the economy at the same time.

1. Public infrastructure spending as has been continually proven to boost the economy by putting more money in the hands of consumers. The article suggest the creation of an infrastructure bank to accomplish this.

2. Working on clearing up the problems dealing with the failure of Fannie Mae and the single-family home construction industry. Agin this would create jobs as well as open up consumer spending.

Good policy on both would go a long way to fixing things and remove uncertainty from the businesses  opening up even more money to help us all.

But the GOP will not allow point number 1 and it looks like the Obama administration is not in a hurry on point 2.

Unfortunately, instead of finding things that can actuall help the American people, I htiunk this, from the column, will describe the future:

It is also painfully easy to imagine another scenario: Republicans spend two years pushing partisan issues (such as the repeal of the Affordable Health Care act); and Mr Obama infuriates Republicans by using executive powers to push favoured causes, such as immigration reform. If that happens, partisan battles, and business despair, will remain intense….

It would actually be great to see policy that actually benefits all Americans. But it looks likely that most of what comes out  of Congress over the next 2 years will only benefit at best their partisan supporters.