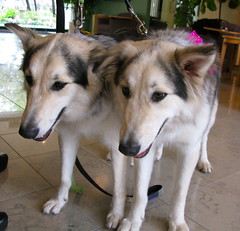 If Star Wars is anything to go by, cloning techniques of the future will be able to create a whole army of clones in the blink of an eye. Yet, back on planet Earth, the cloning of today is still relatively inefficient. A new study published in Cell identifies an important epigenetic road block in cloning and proposes a way to overcome this barrier.

Since Dolly the sheep, around 20 mammalian species have been cloned by somatic cell nuclear transfer (SCNT). This technique involves taking a nucleus from a differentiated cell and injecting it into an empty oocyte. If all goes well, the nucleus will be reprogrammed to totipotency, add a surrogate mother into the mix, et voila, you have a recipe for making a clone.

However, the efficiency of reproductive cloning is low (around 1-5%) for most species, and this has been attributed to uncharacterized epigenetic barriers that prevent the activation of the zygotic genome in SCNT embryos.

Changes in the DNA structure itself – epigenetic changes – seem to be behind the low percentage of cloned mammals we can create.

This group identified 244 regions in mice that were still shut off when mouse clones were attempted by putting a mature nucleus into an empty oocyte. Normally, cloning happens when all the genes that are needed are turned on in this process to create a new organism.

And it looked like epigenetic reasons were behind the failure of these 244 regions to start working again. In fact a very specific change seemed to be involved, one that could be reversed with a specific enzyme – a H3K9me3-specific demethylase.

So, when they injected RNA for this protein into the oocyte containing a mauture nucleus, they were able to activate 188 of these 244 regions.

And this resulted in many more successful implantation events and subsequent birth of living clones.

Not too shabby and something else for us to figure out how to deal with.