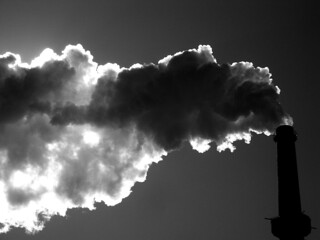 We can’t just shutter the world’s fossil fuel power plants tomorrow, but in a perfect world, we could eliminate the greenhouse-enhancing CO2 coming out of the stacks. While it’s not a perfect world just yet, techniques to capture that Co2are being developed—especially for coal plants, which emit the most CO2 per Watt of power generated. Two major obstacles stand between here and there: the infrastructure to store the captured CO2 deep underground (or in other ways) and the cost of capturing the CO2.

For traditional coal plants, this involves some way to separate CO2 out of the mix of gases coming through the exhaust stream. A common technique uses amine solutions, which latch on to the CO2 chemically, releasing it later when the solution is heated. That means that some of the heat produced by the burning coal has to be used for the CO2-capture process, rather than producing electricity.

But a new study suggests there may be a way to sacrifice a bit less energy while still capturing the carbon. Its authors evolved one of nature’s most efficient enzymes to get it to convert carbon dioxide to carbonate ions within the hot, chemically complex environment where carbon capture takes place.

Nice evolution in the lab. Now we have one of the fastest enzymes around that can work at high temperatures. And it works for many days.

So, if only captured CO2 was worth anything. The coal power plants could remove CO2  to help us while also making money selling the CO2.

Oh wait. We already did something similar. The government can create economic incentives to get this CO2 economy started. Companies make money in the process.

The government already does this for coal and oil companies right now – providing incentives to extract the resources. Perhaps it will also someday have the will to provide better incentives  to extract CO2.

Rather than, I fear, getting ready to remove the few that there are.