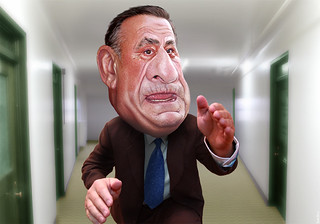 The other Ebola fear: Your civil liberties
[Via Ars Technica]

“I’m not willing to stand here and let my civil rights be violated when it’s not science-based.”

Those were the recent words of nurse Kaci Hickox, who successfully fought Maine’s 21-day home quarantine order last week after she returned from treating Ebola patients in Sierra Leone.

Hickox first made headlines last month after she was detained in a plastic isolation tent near the Newark airport and later transferred to Maine. The 33-year-old Hickox then defied Maine’s stay-at-home quarantine orders and went on a bike ride, prompting a showdown of sorts. Hickox’s defiance highlighted the science, fear, hysteria, and politics surrounding a disease that has no cure but just arrived to the United States—with four known cases nationwide—from Ebola-ravaged West Africa.

I believe in the ability of government to quarantine people with disease so it cannot spread. And to release those people as soon as the disease is gone.

We have legal decisions that state the same thing. Anything else is simply putting someone in prison.

So what purpose is there in quarantining an asymptomatic person for a disease that can only be spread after symptoms have appeared and who has tested negative for the disease multiple times?

Many people have it backwards and want the innocent to be imprisoned in order to make sure all the guilty are behind bars. We see the same here.

Mostly this comes from fearful cowards and craven politicians. Flu kills more than 25,000 people a year. Why no outcry to quarantine anyone with the fu? That makes more social health sense than this Ebola nonsense.

It is all about shear power used by the state rather than anything to actually help us. It is authority telling us what has to be, because it says so.

What will destroy humanity will not be the sociopathic authoritarians . It will be the fearful and the stupid who welcome being sheep if they can simply be promised safety.

We used to know better. We had leaders who told us that dear was the thing to be afraid of.

Maybe will get rid of the leaders we have today and once again have leaders who serve us by helping, not lead us through fear.

2 thoughts on “Quarantining people without symptoms is imprisonment, not quarantine.”