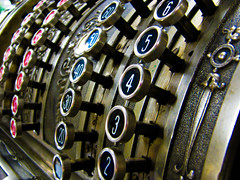 “I’ve been a regular customer at CVS/pharmacy, the country’s second-largest drugstore chain, for 20 years. I’ve spent a small fortune there over that span, visiting several times a week to pick up everything from milk to toothpaste to prescriptions,” Walt Mossberg writes for Re/code. “But lately, I’m not feeling very happy with CVS, because of a business decision it made that curtailed my choice of how I could pay in its stores with my own credit cards. In fact, I’ve been taking more of my shopping down the road to CVS’s main rival, Walgreens.”

“Why? Because CVS has abruptly cut off my ability to pay for my purchases on my expensive new iPhone 6 with the first really excellent mobile phone payment system I’ve seen: Apple’s new Apple Pay, which is quicker and more secure than plastic,” Mossberg writes. “And it appears to me that the drugstore chain, and other merchants with which it is allied, are afraid of competition, afraid that I might get hooked on Apple Pay (or some competing system, like Google Wallet) before the drugstore chain and its fellow merchants can come out with their own rival mobile phone payment system, promised for next year.”

In just one week, Apple Pay has already facilitated more transactions than all other ‘contact less’ payment methods combined! (Which shows how much of an epic faceplant Google Wallet has been – it was released over three years ago on September 19, 2011.)

Their system, which has already ben hacked while in beta, is no for the customer’s benefit. It is for the reatilers. It will make them money and give them access to a customer’s purchasing data, not only from that store but at every retailer they use. And they want your SSN and driver’s license number when signing up.

All for a system that is more cumbersome than using a credit card. By the same retailers whose focus on security has been revealed by all the data breaches in recent times.

The hackers go after these guys because the retailers store our information: mailing addresses, email addresses, phone numbers. Now they want more using their system.

Apple Pay stores none of that data for the retailers. It is safer for us but the retailers hate not having it. Screw them.

As revealed in the FAQ about the Target breach: “You have zero liability for any charges that you didn’t make.”

That would not be the case in any breach using the very system Target proposes. You would be liable for EVERY charge. You would have little fraud protections.

Why in the world limit the ways that paying customers have for paying? Why cut down their market just so they can make a few pennies more? Why make the customer less secure and protected from fraud? Why do something that looks so stupid?

Most likely because greedy sociopaths run the company.

Luckily the invisible hand of capitalism may have real impact here. I do not plan on using their CurrentC system and if I have to buy something there I will be sure to use a credit card or maybe even cash.