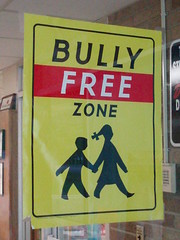 Gamergate and the politicization of absolutely everything
[Via Vox – All]

1. If you want to understand why Gamergate has blown up, you could start with a recent study by Stanford University’s Shanto Iyengar and Sean J. Westwood. They handed 1,000 people some sample student resumes and asked them to decide which deserved a scholarship. The resumes included clues to both the race and the political orientation of the applicant, as well as information about their grades.

2. Race mattered. But political orientation mattered even more. Democrats and Republicans chose the resumes that shared their politics roughly 80 percent of the time. Of course, it’s the grades themselves that should have driven the decisions — but the activation of political identity made grades pretty much irrelevant. “We found no evidence that partisans took academic merit into account,” the researchers wrote.

at least under certain conditions, our political identities now trump our racial identities

3. In another experiment, Iyengar and Westwood set up a game wherein player one received $10 and could give any amount they wanted to player two. Here, race didn’t matter. But political affiliation did. People gave 24 percent more to their fellow partisans than they did when they didn’t know anything about the other player.

4. Iyengar and Westwood’s conclusion is stark. “Partisans discriminate against opposing partisans, and do so to a degree that exceeds discrimination based on race,” they write. Think about that for a moment: at least under certain experimental conditions, our political identities now trump our racial identities.

5. In fact, our political identities are now so powerful that they structure our reactions to racial controversies, as this graph of poll results from Brown University’s Michael Tesler shows:

Not that I’m looking at this as a left/right matter. MOre having to do with the speed with which different groups adopt change.

I believe one of the rapidly changing social norms we are seeing is a strong distributed approach towards centralized, authoritarian abuse of those with less power – that is, against bullying.

What got me thinking about this was the above graph. Each of those instances also deal with a strong ‘bullying’ situation and show a real difference between the left and the right.

Now, this is not saying one side is right and one side is wrong. But one side is more conservative, slower to change and slightly more likely to follow authority, especially if it fights the change. It may take it a little longer to shift to this new appearance of anti-bullying efforts. I mean, there is a reason they are called conservative.)

In my model, the rapid changes hitting society today are behind this divide more than politics. Toffler’s book Future Shock described how some people respond to change by shutting down, refusing to change their worldview, even if that worldview no longer allowed them to survive. Other’s adapted well and and might actually run towards the change.

Perhaps Gamergate is an example of one community dealing with rapid change. One side has made the shift and has learned (or is learning to deal with the change). It is able to easily engage a larger community that focusses on the antu-bullying aspects of the controversy.

The other side is resisting, trying to maintain what it used to have just a few years ago. It finds itself with fewer and fewer allies. Not that it is for bullying at all. But because it does not want things to change.

Just as many conservatives do not want things ti change. (And we all need to remember that not all change is good.)

It is better to have a society where those with little power are not bullied and are allowed to make strong contributions to the communities. That is why I feel that the anti-bullying aspects of Gamergate will prevail. Society has greater diversity to solve complex problems the more we reduce bullying.

Eventually society finds a balance. We will sooner than we expect.