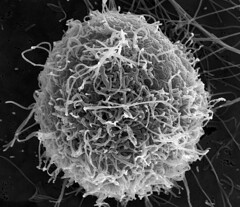 Extensive background documents from a meeting that took place today at the World Health Organization (WHO) have provided new details about exactly what it will take to test, produce, and bankroll Ebola vaccines, which could be a potential game changer in the epidemic.

ScienceInsider obtained materials that vaccinemakers, governments, and WHO provided to the 100 or so participants at a meeting on “access and financing” of Ebola vaccines. The documents put hard numbers on what until now have been somewhat fuzzy academic discussions. And they make clear to the attendees—who include representatives from governments, industry, philanthropies, and nongovernmental organizations—that although testing and production are moving forward at record speed, knotty issues remain.

Dosing and scheduling will be critical for eliciting a proper immune response. This could take some time to get right.

Almost all engineered viruses require multiple injections (ie a prime and a boost). Sometimes the boost has to be a different form of the immunogen to be effective. Sometimes it has to be more than the prime. Or less. Getting people to return for the second or more injections can be difficult  even in developed countries.

And the right amount of a vaccine will be critical. Too little and the vaccine will not protect. Too much and we risk an immune response that is so vigorous that it endangers the patient.

Coupled with pressures to get something into people NOW and it will require a lot of luck to do this right.

The good news is that with so many survivors right here in the US, we know just what sort of immune response needs to be raised to protect someone. That will help.