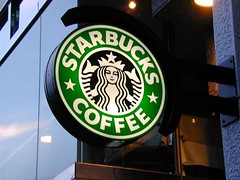 Starbucks praises Apple Pay, but you still can’t use it for your grande macchiato
[Via Cult of Mac]

Starbucks CEO Howard Schultz says we are witnessing a huge shift in the way people buy things in America, and even though his brick and mortar Starbucks stores aren’t supporting Apple Pay right now, he still thinks it’s great for business.

A huge amount of the wireless transactions are done through Starbucks. Now we have Apple:

Apple Pay is great for Starbucks, because here is a company that has the power and influence to change behavior.

Starbucks will work with Apple Pay later this year.