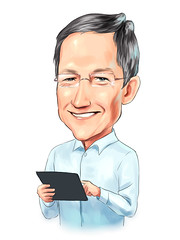 It was only a matter of time. Just a few hours after Tim Cook bravely and historically made his sexuality open, the gay-bashing has already begun.

Can’t have an openly gay man travel while being openly gay. So ban him for life.

Luckily, this is only being stated in Russia. But even Ted Cruz will not let Cook’s sexuality affect his love for the iPhone.