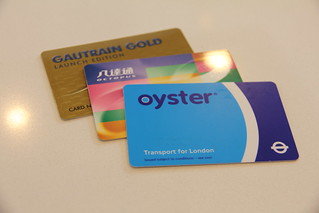 Beijing’s decision to allow Visa, Mastercard and other foreign processors into the country is also good news for Alipay and Apple Pay.

The idea of an Alipay and Apple Pay partnership in China —suggested by Jack Ma this week—didn’t make a lot of sense when he said it.

Alipay is China’s most popular online payment system used for online purchases including Taobao orders, paying utility bills, movie tickets, and other shopping sites. It is not like Visa, Mastercard, or China’s own UnionPay, which have a network of tens of thousands of merchants and swipe stations. Walk around Beijing or Shanghai and you’ll see plenty of signs for UnionPay, the state-owned processor that enjoys a monopoly within China, and barely any for Alipay.

Apple’s new Apple Pay, meanwhile, is a mostly physical experience. You forgo the hassle of swiping a credit card at the cash register for the ease of touching the iPhone’s home button at two hundred thousand locations that have signed on with Apple. Yes, it has an online component that makes online shopping easier, but its allure is the physical component, just as Alipay’s allure is online.

This is a big deal, with Alipay handling online in China and Apple handling off line. A win-win and an example of distributed vs hierarchical approaches.

I mentioned the possibilities the other day. Looks likely Apple Pay will go bigger, if they collaborate.