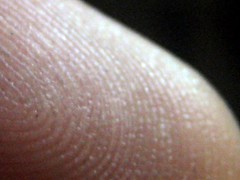 U.S. court rules that phone passcodes are protected by the 5th Amendment, but fingerprints aren’t
[Via 9to5Mac]

While Touch ID makes sense for most of us as a secure and convenient way to protect our phones, there is one group of people who may want to stick to good old-fashioned passcodes: criminals.

A Virginia District Court has ruled that while phone passcodes are protected by the 5th Amendment, which says that those accused of crimes cannot be compelled to incriminate themselves, there is no such protection against using a suspect’s fingerprint to unlock a phone …

This is not too surprising. I believe courts courts have rules that the 4th Amendment covers thinks you ‘think’ like combinations or passcodes but does not cover things you possess, like a key or a thumbprint.

I would think the criminal does not have to tell them which finger it is. The phone can be set to require a passcode after a certain number of failed attempts. Heck, it can lock up after a number of failures.

What if the criminal uses a toe print? or a paw print? or a nipple? Those all appear to work.

So this will likely only catch the dumb crooks. The smart ones will always have their cat nearby.