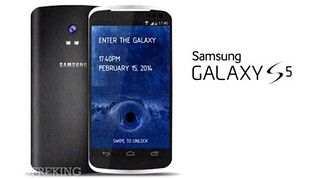 After failing to do much more than embarrass Samsung Electronics in years-long legal battles over patent infringement, Apple has rapidly obliterated Samsung’s mobile division profitability, rendering it as barrenly unprofitable as every other Android or Windows licensee with razor thin margins in the phone, PC and tablet market.

Lots of people have claimed that Apple only competes in the court room, not the market place. The data indicate this is wrong. The court is a distraction, not an end.

Apple has gone thermonuclear on Samsung but only peripherally in  court.

They are whipping Samsung, the only Android mobile device company that makes a significant profit, in the market place.

Shipping lots of low profit phones to get market share does not work if the company makes no profits, while its competitor makes huge profits.

Apple sells profitable smartphones. Samsung does not. Even a Harvard Business graduate will tell you that you cannot make up with quantity for a product that makes no money.

A 74% drop in profits. Samsung leads the market with 24% of all phones shipped. They shipped 78.1 million units last quarter to Apple’s  39 million. Twice as many phones.

They shipped twice as many mobile devices but made about  1/10th the profit.

Bad business model. And it will get worse. Their mobile profit dropped  74% in the last quarter. And the data show it all comes from the high end.

Estimates have sales of the high end, profitable devices dropping 50% year over year and quarter over quarter.

The only advantage Samsung had was a larger screen smart phone. Analysts think the iPhone 6 will outsell the comparable Galaxy Note 4 smartphone 10 to 1. Sales of the iPhone 6+ are out pacing even Apple’s expectations (some telecos are reporting over twice as many iPhone 6+ are being sold than they expected – 45% rather than 20%). Even more profits for Apple.

It looks like the next quarter for Samsung will be awful.

Now that is thermonuclear. In the marketplace, not in court. What will be left will be a profitable Apple and a lot of cockroaches selling mobile devices.